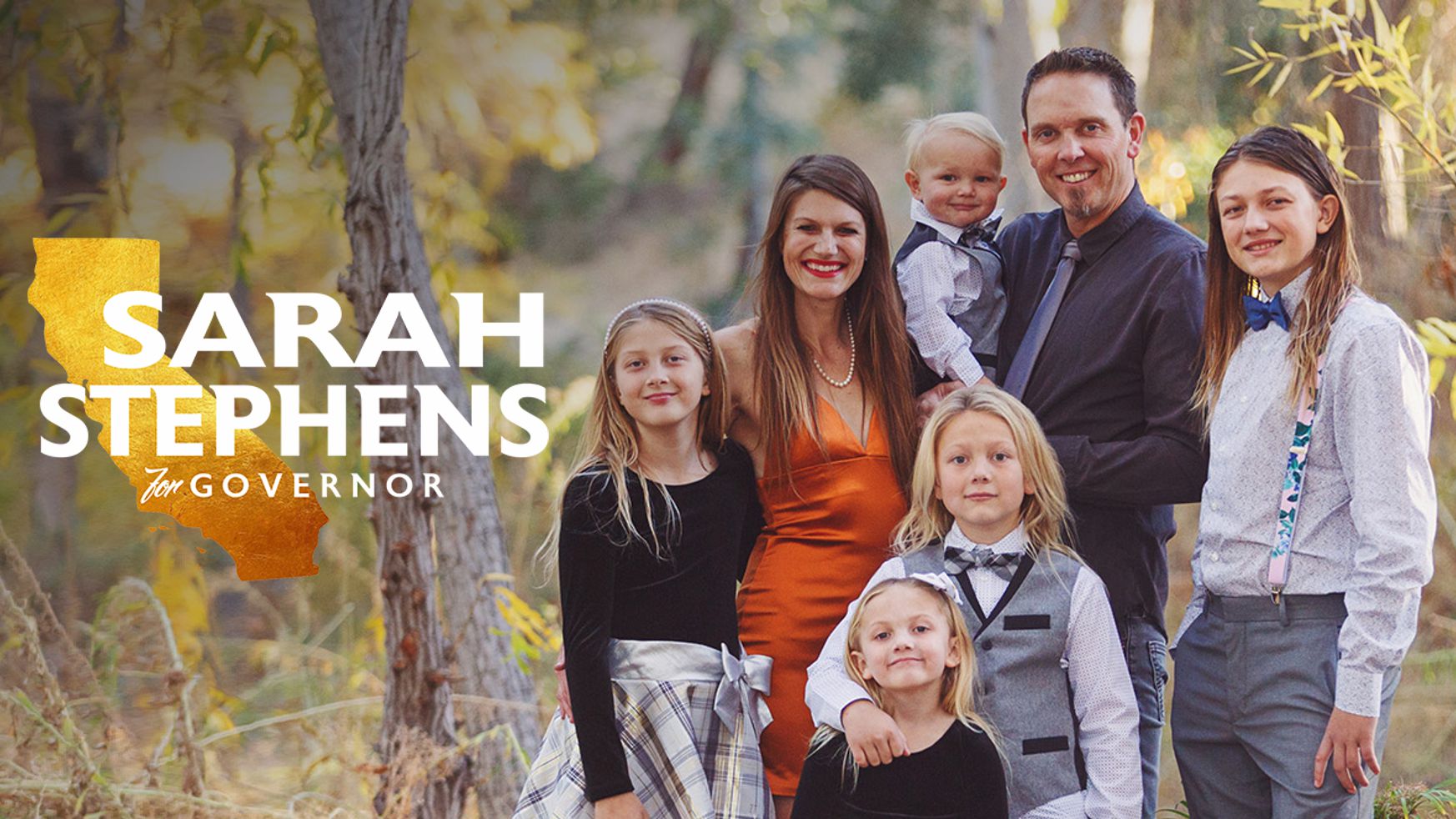 Sarah Stephens is a wife, mother of five beautiful children, a pastor, community leader, and motivational speaker. Born and raised in San Diego, California, Sarah graduated with Magna Cum Laude from San Diego State University with an English degree. Since the young age of 21, she has been the founder of multiple non-profits such as The Last Days Tour, Healing Hearts & Nations, Freedom Fest USA, and Redeeming America Tour- all non-profits involving community outreach projects at home and abroad. Having been married to her husband Daniel, who has served with the United States Air Force and San Diego Police Department, Sarah has forever known and lived the price of FREEDOM. For the last seven years she has dedicated her life to honoring our nation’s first responders: veterans, military, police, fire, and EMT. Sarah has a true LOVE for God & Country and has a true FIRE and PASSION to REVIVE THE HEART OF AMERICA.

Sarah Stephens declared to run as GOVERNOR of California in February 2021 because she believes she is the WOMAN FOR THE JOB who can stand up and fight for the FREEDOM of all Californians. As a pastor she has fought for years getting people off the street, helping people find jobs, getting people out of debt, helping marriages and families, serving the community in outreach events, and truly has fought for people when they could not fight for themselves. She believes not only that she can represent the people but that she will hold the integrity, morals, and unwavering faith it takes to bring drastic change. Running as a Republican, she believes that title means nothing and life means everything. Sarah believes she has the life experience, success, and moral character to take California and its people to where they need, want, and deserve to be.

Sarah BELIEVES that it is TIME to MAKE CALIFORNIA GOLD AGAIN! This last year has seen the third greatest exodus of people leaving California at an alarming rate of over 170,000 people. With over 765 businesses leaving California in 2019, for Sarah, “ENOUGH IS ENOUGH.” It is TIME to stop the insanity and bring the PROSPERITY back to California on EVERY LEVEL! Just like the GOLD RUSH times, everyone KNEW that there was something special about California- there was GOLD HERE and people left everything they had to gain success and prosperity and LIVE THE AMERICAN DREAM. Sarah BELIEVES that there is no reason for California to be 160 billion dollars in debt. Due to the size of our state, number of residents, and talent, dreams, and vision of the people, California should be the most successful, productive, life-giving state in the NATION. California has everything it needs to thrive and be successful: WE HAVE INCREDIBLE PEOPLE, INCREDIBLE BUSINESSES, AND INCREDIBLE RESOURCES. However, the people of California have been shut down, abused, and not protected- and have not been given the FREEDOM TO THRIVE. It is TIME FOR THE PEOPLE TO BE SPOKEN FOR. SARAH IS FIGHTING FOR FREEDOM and to make California the #1 MOST DESIRED STATE TO LIVE IN- IN AMERICA!

Other Values To Fight For

PLEASE e-mail Sarah if you have questions about where she stands on the issues! info@makecaliforniagoldagain.com

Sarah Stephens will be speaking during the 2021 Reopen America Tour at the Health & Freedom Conference taking place on July 17th and 18th, 2021 at the Influence Church in Anaheim California.