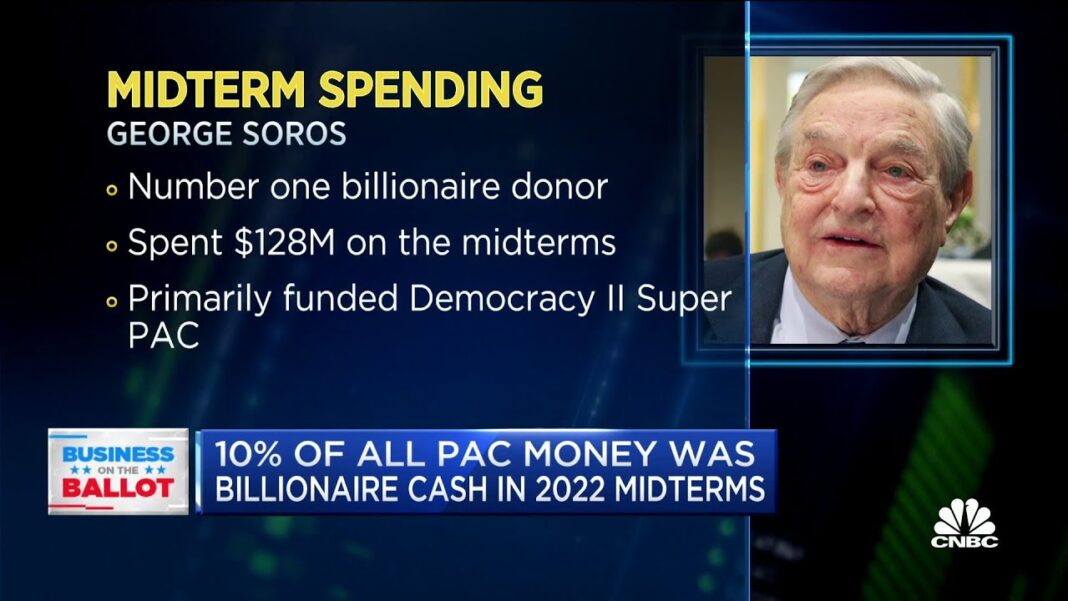 Wealthy citizens who’ve donated heavily to political campaigns this year include supporters of both of the major political parties, although none of the others comes close to billionaire philanthropist George Soros, who has given more than $128 million to help elect Democrats, according to a new tally released by OpenSecrets, a Washington-based research organization.

Soros, operating under the aegis of Soros Fund Management, leads the pack of donors, with all of his donations going to Democratic candidates and causes.

Some of the names on the list, such as entrepreneur Timothy Mellon, who occupies the fifth slot, donated to both Democratic and Republican candidates and causes. Of Mellon’s total of about $40 million, the vast majority went to Republicans, with $10,700 going to Democrats.

In all, 40 of the donors on the OpenSecrets list supported only Democrats, 32 helped only Republicans, and 28 contributed to both categories.

The strength of the financial support that Republican-affiliated candidates and causes have received represents a factor not always conveyed in polls of prospective voters, one expert acknowledged.

“I am not sure people should put significant trust in the polls. The trend over the past few cycles has been to underestimate Republican support. If that is the case this time, we should expect some surprises on election night,” Mark C. Smith, chair of the department of political science, history, and government at Cedarville University in Ohio, told The Epoch Times.