Home Opinion Truth or Consequences Sunday Thoughts: What is the Future of the Patriarchy? 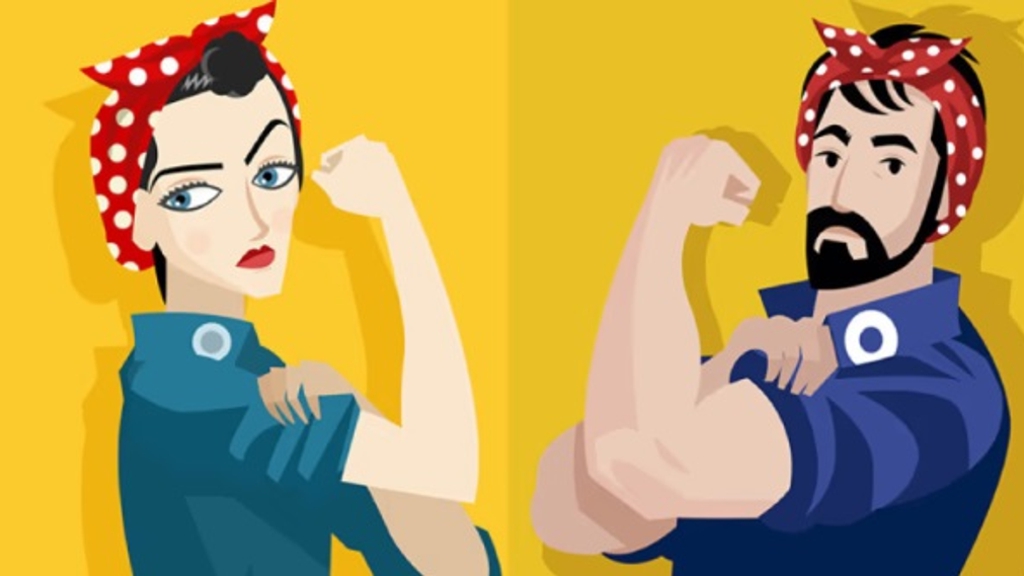 Overwhelmingly, in America, in a heterosexual two-parent household, the man is still considered the family’s leader – “the patriarchy.” More than 50% of Americans believe this explicitly, and many more believe it subconsciously. This is in contrast to considering that both parents have an equal responsibility to care for and guide their children and an equal say in how that takes place – certainly this is true under the law.

However, in real terms, the patriarchy is dead – even vilified as the source of the problems in our modern world. A Pew Research Center survey found that although nearly 80% of Americans support gender equality – and feminism is defined as “the theory of the political, economic and social equality of the sexes” by Merriam-Webster – 61% of women and 40% of men say “feminist” describes them very or somewhat well.

Many blame religion, more specifically “White Christianity,” for this “unfortunate” curse of the patriarchy on society today. Many believe that the patriarchy first came into being around 6–9 thousand years ago when warlike northern tribes overran or assimilated the peaceful and egalitarian cultures that had predominated until that time and imposed upon them a new social structure, as well as its new deities. Cultural anthropologists support this view with citations from the many Pew research studies 9000 years ago [satire]. Or is this merely more left-wing propaganda coming from pseudo-science?

In any case, does this narrative sound familiar amongst “woke” intellectuals coming from our “woke” universities?

It may be helpful to review, at least at a high level, what the Bible (from a Judeo / Christian perspective) says about the patriarchy (i.e., the structure of a marriage). Consider the following references – but there are more – see here.

To reinforce this notion, notice as well in Ephesians 5:24 that this reference raises the marriage state onto a God plain: “Now as the church submits to Christ, so also wives should submit in everything to their husbands.” So for those who believe that a “Biblical” marriage is a 50-50 marriage partnership, you must ask yourself the question – will God’s church get into an equal 50-50 power relationship with Christ?

Others might cite other Biblical references that may soften this notion of a Biblical patriarchy. For example, consider the following.

So which is it? Does the Bible promote the patriarchy? If it does, Christianity becomes the main target of the political Left and the more extreme far Left ideology of “wokeism.” And yes, Christianity has truly become a target. The landscape of intellectuals beating the drums of White Christian Nationalists’ horrors grows louder – see one example here: “White Christian Nationalism is being actively transformed into a theo-political program – and a grave threat to American Democracy.”

The notion that Christianity is a “white” religion has been a common theme in Left-wing Marxism. However, this is not supported Biblically. Perhaps a topic for another Sunday Thoughts.

There has not been a single country that has fully embraced Marxism and has also encouraged religious freedom and freedom of thought. The sum total of Marxist states that support Christianity is zero. It is true that Christianity often expanded in these contexts, but this was despite Governmental oppression, not because of it. Racism is often the tool of the Left to implement their ideological Marxist utopias. This is exemplified in the 45 communist goals – see here.

So what is the future of Christianity, race, and the patriarchy in America? Robert P. Jones, CEO of the Public Religion Research Institute, in his book “The End of White-Christian America,” spells out the profound political and cultural consequences of a new reality – that America is no longer a majority white Christian nation. The descendants of white Christians will lack the political power they once had to set the terms of the nation’s debate over values and morals and to determine election outcomes. See a video review of this notion in an interview with the author below.

But Robert P. Jones describes America. What about global religious demographics? The religious profile of the world is rapidly changing, driven primarily by differences in fertility rates and the size of youth populations among the world’s major religions. If current trends continue, Christians will remain one of the largest religious groups by 2060, assuming people do not merely leave the faith. However, according to the Pew Research Center projections, the number of Muslims will nearly equal the number of Christians worldwide by 2060. See this in the chart below.

Aside from any unlikely Islamic reformation, Islam is essentially a patriarchal ideology. So, demographically, though the patriarchy has died in America, it will likely grow in the rest of the world. Whether you believe in a strict interpretation of the Bible and its apparent support of the patriarchy or understand the reality of demographics, the patriarchy wins. Darwin will likely cull the behavior of those who want to end the patriarchy.

The effects of anti-patriarchy notions are apparent – declining populations and their subsequent loss of influence. Many believe it is by design – by Leftist ideologues to transform America into a Marxist dystopian totalitarian state. Though not likely to happen, perhaps some rekindling of the patriarchy is the only hope for reversing this bleak future for Western civilization.

In any case, what do you believe is the future of the patriarchy? Is it dead? Should we ignore or update the writings of old bearded men in the Bible? Give us your thoughts in the comment section below.