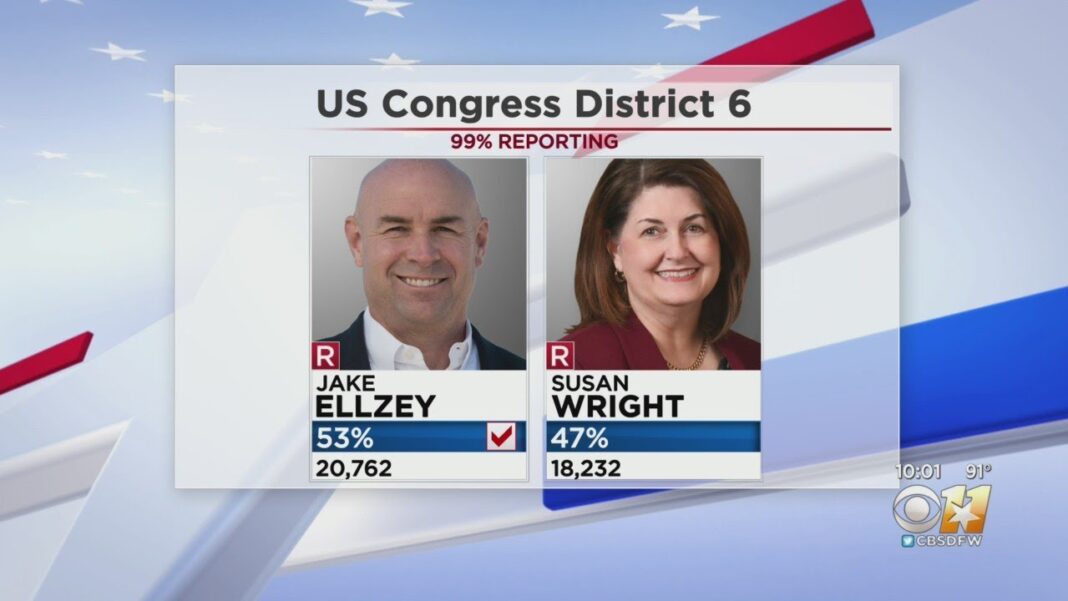 Turnout was reportedly low, with less than 8% of registered voters in the district casting ballots in the special election.

The seat was left open last year by the death of GOP Rep. Ron Wright. His wife, Susan Wright, who was backed by Trump, was defeated by Ellzey.

Ellzey and Wright were the top finishers in a 21-candidate field in a May primary.

Ellzey will finish Wright’s term, which lasts through 2022, in the Republican-leaning, north Texas 6th Congressional District. He was backed by former Texas Gov. Rick Perry and GOP Rep. Dan Crenshaw.

Turnout was especially low, with all early votes and most Election Day votes reported –  less than 8% of registered voters in the district and less than half from the May balloting, says election analyst Dave Wasserman, according to Politico.