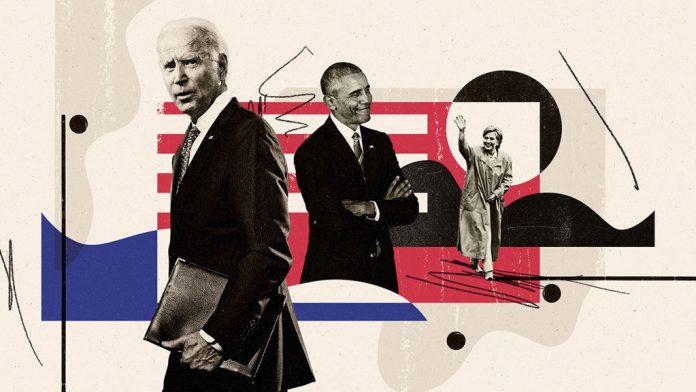 The way Joe Biden explained it on the campaign trail in Iowa, he and his friend Barack Obama had long talked of Biden succeeding him in the White House, continuing the work of their administration. It was only tragic fate, in the form of the loss of his son Beau, that intervened. Now, after four years, the plan could finally go forward, with Biden running as the administration’s true heir.

Barack Obama, Biden solemnly declared in his campaign announcement in Philadelphia, is “an extraordinary man, an extraordinary president.” On the social media-generated #BestFriendsDay, the campaign posted a picture of “Joe” and “Barack” friendship bracelets. Biden relabeled himself an “Obama-Biden Democrat.”

But behind all the BFF bonhomie is a much more complicated story—one fueled by the misgivings the 44th president had about the would-be 46th, the deep hurt still felt among Biden’s allies over how Obama embraced Hillary Clinton as his successor, and a powerful sense of pride that is driving Biden to prove that the former president and many of his aides underestimated the very real strengths of his partner.

“He was loyal, I think, to Obama in every way in terms of defending and standing by him, even probably when he disagreed with what Obama was doing,” recalled Leon Panetta, Obama’s secretary of Defense. “To some extent, [he] oftentimes felt that that loyalty was not being rewarded.”

Next week, Barack and Michelle Obama are each headlining different days of Biden’s convention, a lineup meant to display party unity and a smooth succession from its most popular figure to its current nominee. But past tensions between Obama’s camp and Biden’s camp have endured, forming some hairline fractures in the Democratic foundation. Some Biden aides boast that they wrapped up the nomination faster than Obama did in 2008. They tout that Biden’s abilities at retail, one-on-one politics are superior to those of the aloof former president. And they don’t easily forget the mocking or belittling of their campaign during the primary and revel in having proven the Obama brainiacs wrong.