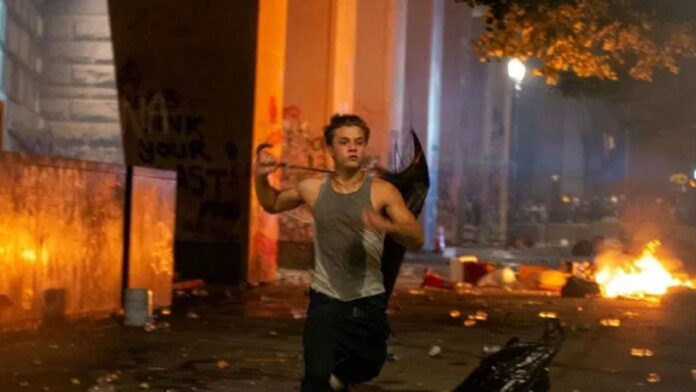 These days, one of the most frequent laments of conservatives is that so much damage has been inflicted on our nation in such a short amount of time. With the economy humming along and the nation brimming with optimism as recently as the spring of this year, it seems that our world has been transformed almost overnight into an unrecognizable cauldron of chaos, despair, and even death.

However, while the Wuhan virus, the riots, and the raging lawlessness of the last five months are a major calamity, they are really only the inevitable culmination of attacks being waged against America for several decades. The level of these attacks has been increasing in intensity and audacity the entire time. But although Americans found it too easy to retreat from the mayhem for much of that period, the boldness and extent of the leftist onslaught have increased to the point that no more room for surrender exists.

Currently, in a despicable display of animosity towards the founding of this nation, pro athletes kneel enmasse during the playing of the National Anthem. Where Colin Kaepernick, the originator of such antics, was marginalized only a few years ago, he is now lauded and embraced, as the nation itself is disparaged and disgraced. Yet even this is not an isolated episode.

In 1992, as America prepared to celebrate the 500th Anniversary of Columbus’s exploration of the New World, “PC” leftists were shrill and venomous in their denigration of the event as nothing but a genocidal attack on the indigenous people of North America. So the celebration was essentially cancelled. Similar abominations were committed against the commemoration of the B-29 Bomber Enola Gay in 1995, which brought America to the cusp of victory in the Second World War.

In 2007 President George W. Bush allowed the left to hijack the 400th anniversary of the establishment of the Jamestown Colony, turning the event into an “apology” to the Indian tribes that must now be called “Native Americans.” Have any of those tribes ever been compelled to apologize for all of the conquest and massacres that they committed against each other throughout eons before, and even after Columbus or Jamestown? Or are those atrocities like all of the black on black crime in Chicago, where those lives do not matter now, and never have, because leftist Democrats can’t leverage them against America for political gain?

Just as America’s devotion to its heritage and institutions have been ravaged, so have the legal protections for the inherent rights of citizens which were enshrined and protected by those institutions. Here again, the abhorrent actions of governors and mayors (overwhelmingly Democrat) to abuse power, with total indifference or even hostility to the Constitution and the rule of law, have reached a crescendo since March. But the effervescing contempt they held for the principles of the nation’s founding have been evident for several decades.

Still, only a few years back, any flagrant exhibition of such contempt would have been an instant and universal disqualifier for public office. But with the advent of the vile and seditious Clinton White House, and the openly hostile mindset of the Obamas, such behavior became “acceptable” to the Washington “Establishment.” In between those abhorrent administrations, the deferential treatment such individuals received from the obsequious George W. Bush only served to validate and thus further entrench their vile ideology and actions as “legitimate.”

Throughout this long chain of abuses and usurpations by those in government, Americans largely reacted by either ignoring all of it, or on occasion expressing their displeasure with a bit of grumbling. But over decades of real and dangerous excesses and corruption, nobody responsible was brought to accountability.

Meanwhile, the next generation of Americans was being force-fed all of the poisoned thinking of the leftist counterculture, five days a week, in the nation’s thoroughly leftist government schools. A recent arrest of a violent antifa mob in Portland revealed thirteen of the twenty criminals taken into custody to be government school “teachers.”

Can people even grasp the significance of this? Prior to the riots, these vile leftist monsters were in the “classroom” every day, poisoning the minds of gullible young people at great expense, all paid by your tax dollars!

Prayer was removed from the schools nearly sixty years ago, and with it went any teaching of worthwhile citizenship or human decency. Children were summarily pummeled with the perversity of “values clarification” and the nihilism of “multiculturalism,” eventually convincing them that inherent right and wrong do not exist.

When all vestiges of morality are eradicated, and real right versus wrong is entirely absent, any personal or social conscience is dead. In its place, the only driving “morality” is the desire for acceptance in the “herd” or mob. The mindless brutality of leftist rioters is a direct consequence of this.

More disturbingly, the hesitance of mainstream America, including too many on the right, to oppose these ongoing rampages is no less a result of such conditioning. Our side is nearly hamstrung from even opposing the glaring evil we see in our midst. Any push-back is loudly condemned by the left, at which point we almost reflexively retreat and apologize, too often even joining in the condemnation of any who dared stand against evil.

Of course it is critically important for us to show up at the polls in November. It is essential to the future of America for President Trump to be re-elected. And if the House can be turned back to Republican dominance, that may be the start of something good, but only if real Republicans end up running things, as opposed to the treacherous RINOs of the Paul Ryan and John Boehner genre. Yet if the future of America hinges on this one election, it is guaranteed that the left will not simply go to the polls and wait for the results. Every manner of cheating and voter intimidation should be expected. Only a sufficiently vigorous and determined campaign against such criminal action will stop it.

Post election, the difficult decision to confront and fully engage the leftist enemy is America’s only option. The goal must be to thoroughly rout the leftist cancer that seeks to overtake and destroy our nation. Rolling things back to where they were five months ago would only leave us hanging on the same precipice, waiting for the next leftist “crisis” to prompt yet another unrestrained criminal attack on the nation, until one of them finally succeeds. 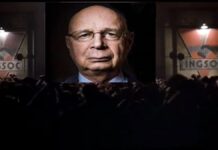