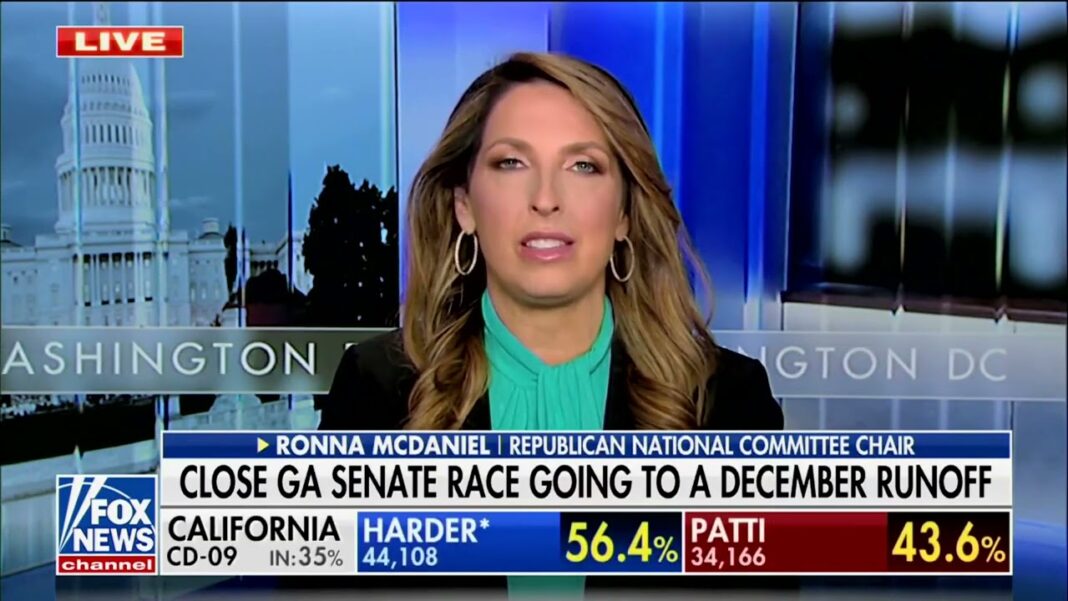 “Our voters need to vote early,” McDaniel told Fox News during an interview. “I have said this over and over again. There were many in 2020 saying, ‘Don’t vote by mail, don’t vote early.’ And we have to stop that and understand that if Democrats are getting ballots in for a month, we can’t expect to get it all done in one day.”

After the 2020 election, there have been an increasing number of Republicans who say that voters should turn up at the polls on Election Day, while eschewing vote-by-mail. Among them is former President Donald Trump, who since 2020, has alleged that mail-in balloting is fraught with fraud.

A spokesperson for the RNC later told NBC News that McDaniel was not making reference to Trump when she made her remarks during the Fox interview. The official noted that Trump has, at times, told supporters to vote early and via mail.

“The discussion was about Democrats having a month to bank votes while Republicans expect to get it done in one day,” RNC spokesperson Nathan Brand told the corporate news outlet. “We were not talking about the former president, who has encouraged his base to vote early and has himself voted by mail.”

When Trump announced last month he would run for president in 2024, he called for “same-day” voting and a ban on early voting. A number of countries, including France and Brazil, do not allow mail-in voting or early voting; voters are required by law to show up in person to cast their ballots.

In September 2005, former President Jimmy Carter and former Secretary of State James A. Baker released a lengthy report on elections saying that vote-by-mail “raises concerns about privacy, as citizens voting at home may come under pressure to vote for certain candidates, and it increases the risk of fraud.”

And, mail-in-ballots are “likely to increase the risks of fraud and of contested elections in other states, where the population is more mobile, where there is some history of troubled elections, or where the safeguards for ballot integrity are weaker.