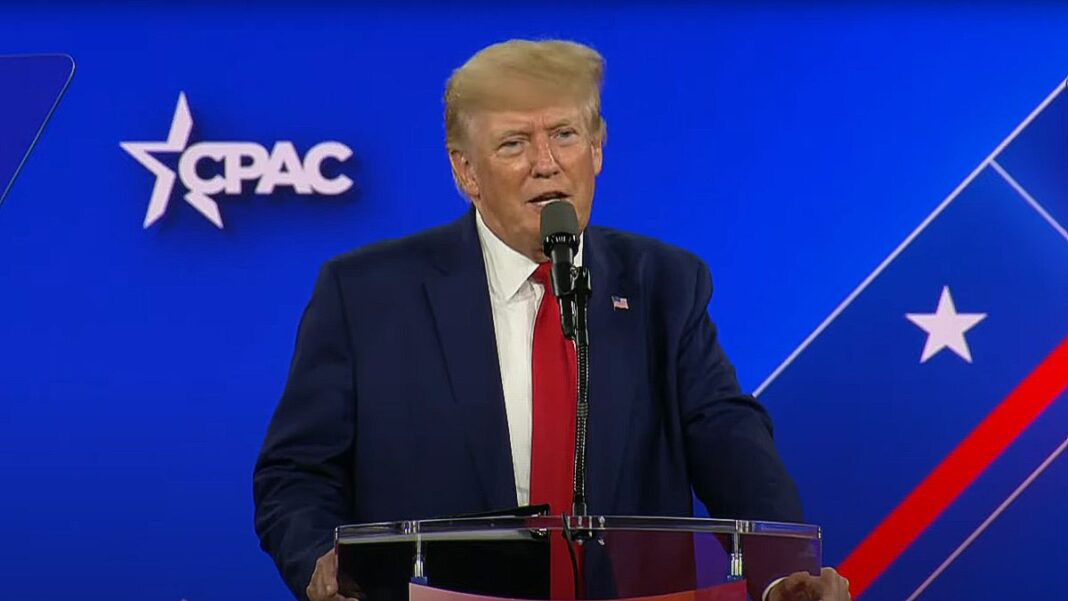 “Joe Biden and the Radical Left Democrats have just orchestrated another election enhancing money grab, this time to the tune of $300,000,000,000—and just like I predicted, it’s coming right out of the pocket of the working-class Americans who are struggling the most!” Trump said in a statement on Truth Social on Aug. 25.

“Crippling inflation, unaffordable energy prices, and WAR—all things that should never have happened,” he added.

“But if that wasn’t enough, now Americans are bailing out College Administrators who fleeced students, and those who opted for Degrees there was no way they could afford,” Trump continued. “America is a nation in decline, and the cliff into oblivion is within sight.”

Trump’s reaction came after Biden announced on Aug. 24 to deliver on his 2020 campaign promise, wiping out the federal student loan balances of millions of people—up to $10,000 in debt per individual earning less than $125,000 a year and $20,000 for Pell Grants recipients.

Critics deemed it a move to drum up support ahead of midterm elections this fall by boosting young voter turnout. More than 43 million Americans, or one in every six adults, currently owe money on their federal student debts, most of whom owe less than $25,000 on their debt, according to the Federal Reserve. Data indicate the median balance in 2021 among those with outstanding education debt was between $20,000 and $24,999.

White House officials did not immediately respond to a request for comment.

“I will never apologize for helping America’s middle class—especially not to the same folks who voted for a $2 trillion tax cut for the wealthy and giant corporations that racked up the deficit,” Biden wrote on Twitter on Thursday, referring to a 2017 tax law signed by predecessor Trump.