Winston Churchill’s famous words from the darkest days of world war 2 have taken on a more sinister meaning as the decades have passed.

This quote was actually meant to be an inspirational message of hope to the British people but these days more cynical onlookers see that people with ill intent can use a crisis, just as well as those who are virtuous.

The Great Reset is a collective name given to a series of economic policies that are attempting to use the recovery from the coronavirus as a way to supposedly build a better, brighter, more sustainable world.

This policy was first unveiled by the World Economic Forum and the United Kingdoms Prince Charles, and since this announcement, it has gathered support from a laundry list of economists, politicians, business people, and celebrities.

But it has also gathered a fair bit of criticism. Just 72 hours after it’s announcement a petition to stop it gained 80,000 signatures, which is kind of fair enough.

The whole premise of this proposal does sound very ominous. Economic plans titled the great something have not exactly had the best track record.

Now in fairness, the marketing around this Great Reset has not helped its case at all. If someone was to try and research what this plan actually was they would be presented with two extremely bizarre adds that explain absolutely nothing, and a 2 hour panel, which was extremely boring even to a major economics nerd like myself, and also kinda equally as unhelpful.

We know this because well, we had to research this plan to make this video.

So it sounds like Some Economics need to be Explained

And to properly do this we are going to need to answer a few questions.

What is The Great Reset actually proposing to do?

Do these ideas have any merit?

Who are the players involved in pushing this agenda?

And is this actually a nefarious scheme or just the victim of terrible marketing? 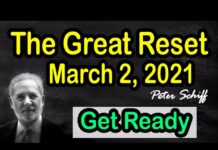 What Is The Great Reset? Explaining the World Economic Forum’s Controversial Initiative