Americans must unite to defeat the Marxist takeover of the country, she said.

Lily Tang Williams is a survivor of communist China’s Cultural Revolution and is now a congressional candidate for New Hampshire’s 2nd District. Williams calls America a promised land and said she chose to emigrate to the United States for freedom, but she’s seeing a disturbing trend toward totalitarian Marxist ideology.

Williams warns that she sees the push for “equity” or social justice as a guise for socialist wealth redistribution.

“Now I notice socialist policies, and today, everybody is talking about ‘equity, equity.’ How can you have equity—which is equal outcome, which I heard in China before—without the government using force to redistribute wealth?” Williams said during an Aug. 18 interview for EpochTV’s “American Thought Leaders” program.

In 1988, Williams immigrated to the United States determined to succeed because she did want to return to communist China. Since that time, she has lived the American dream with a happy marriage, three children, and a good business, she said. Williams never had plans to get into politics.

But because she sees the disturbing trend toward communism, she said she felt compelled to join the government to stop the destruction of Americans’ Constitutional rights.

Williams questions why every institution—from universities and public schools to the federal government, private corporations, and the U.S. military—is teaching equity.

“And our kids don’t know,” she said. “Maybe that’s why they want socialist policy. They want … free college and free health care and free child care and everything free, because they’re entitled to it.”

She said shutting down schools and churches and toppling statues of American leaders all resembles communist ideology, and the same things happened during China’s Cultural Revolution. In addition, the curriculum being used in schools to divide students by race and make one group an oppressor and the other oppressed is also Marxist, she said.

“I really feel like I’m reliving another Cultural Revolution,” she said, also mentioning the critical race theory being taught in schools to divide people and demonize white people over something they can’t control. 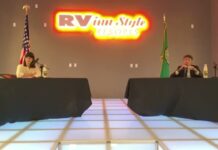 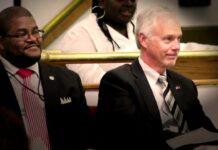