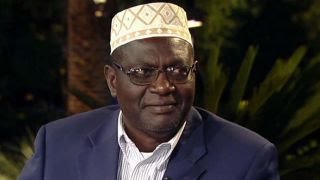 Malik Obama, the half-brother of former President Barack Obama, has endorsed the Republican candidate for governor in Pennsylvania, Doug Mastriano.

Taking to Twitter on Sunday, Malik Obama responded to a post from American conservative author and podcast host Jack Posobiec in which he suggested that the older Obama may like Mastriano and should “check him out.”

If he’s with President Trump then I’m with @dougmastriano Pennsylvania Senator PA District 33.

“​​If he’s with President Trump then I’m with @dougmastriano Pennsylvania Senator PA District 33,” Obama responded to the post.

Former President Donald Trump endorsed Mastriano in the primary race for governor earlier this year, saying in a statement that there is “no one in Pennsylvania who has done more, or fought harder, for election integrity than state Senator Doug Mastriano.”

The 45th president added that Mastriano is a pro-Trump, America First candidate who will fight crime, address election problems, promote pro-life policies, protect the Second Amendment, and support the U.S. military and veterans.

Shapiro’s campaign has promised to be pro-abortion and expand access to reproductive care, and “veto any efforts to restrict mail-in voting, expand early voting, and set up automatic voter registration.”

Sunday saw neither candidate receive more than 50 percent of the ballot in the race, meaning the two now head to a second-round run-off later this month.

The older Obama brother took aim at Lula on Twitter, stating that “Lula of Brazil is a jail bird,” in an apparent reference to the time Lula spent in prison after he was convicted on charges of money laundering and corruption at the state-owned oil and petrol company, Petrobras.