On Wednesday, June 4, 2014, U.S. President Barack Obama offered 5-million dollars’ worth of “non-lethal aid” to Ukraine. This came as Obama met the President-elect of Ukraine in Poland.

On March 19, 2015, the US House of Representatives overwhelmingly approved a resolution urging President Barack Obama to send lethal weapons to Ukraine to protect its sovereignty in its fight against Russian-backed rebels. The resolution was passed by a 348-48 tally, the measure calls on President Obama to give Ukraine lethal weapons, instead of only humanitarian support.

WASHINGTON — The Obama administration said Wednesday that it would provide another $75 million in nonlethal aid to Ukraine’s military. It also imposed sanctions against a handful of pro-Russian separatists and others blamed for fomenting the civil war that has torn apart Ukraine’s eastern regions.

The new aid does not include the weapons that Ukraine has sought and that many administration officials and members of both parties in Congress have urged President Obama to provide. Instead, the United States will send more radios, first-aid kits, surveillance drones, countermortar radar systems and military ambulances. Mr. Obama also agreed to send 30 armored Humvees and 300 unarmored Humvees. 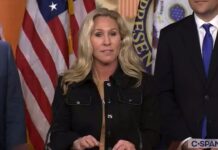