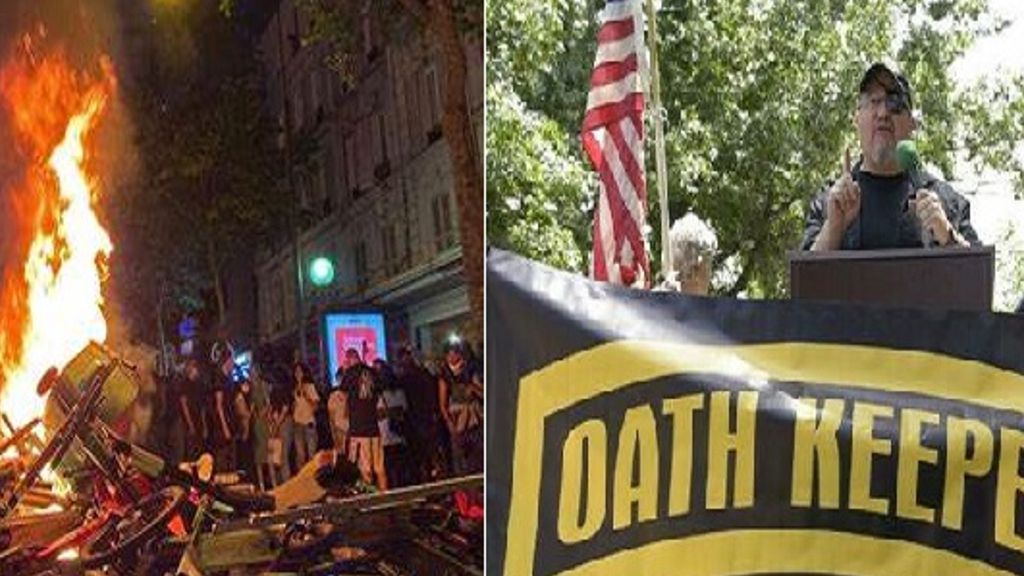 Recently there have been two high-profile cases that continue to divide the nation. Both cases involved political protests – but had two very different outcomes. Consider the following two cases.

Case #1 George Floyd Protests – The city of Minneapolis on Wednesday reached a $600,000 settlement with the American Civil Liberties Union of Minnesota (ACLU-MN) over alleged police mistreatment of protestors following the death of George Floyd. The lawsuit was filed in 2020 by ACLU-MN, Fish & Richardson P.C., and Gustafson Gluek PLLC on behalf of 12 protesters who were injured when they took to the streets to demonstrate presumably peacefully.

However, many feel justice was not served as the so-called peaceful protestors were part of a greater BLM group that caused mass destruction all over America in 2020. According to a report from Axios, the destruction that occurred as a result of the demonstrations was estimated to see at least $1 billion to $2 billion of paid insurance claims.

Case #2 January 6th Protests – Stewart Rhodes, the founder of the Oath Keepers militia group, was found guilty by a jury on Nov. 29 of seditious conspiracy connected to the events on Jan 6, 2021. Rhodes now faces a maximum of 20 years in prison on the charges

U.S. Attorney Jeffrey Nestler said that according to the jury instructions (pdf), the government did not have to prove that the defendants had a detailed plan to breach the Capitol and meet in person to discuss their alleged scheme. An implicit agreement and mutual understanding were enough to prove the defendants’ conspiracy, he said.

While America is facing extreme division, the political Left will say justice was served. The political Right calls foul to a corrupted, politically driven justice department. Aside from the guilt or the rationale of the two situations, it calls into question whether fair and equal justice is being applied.

The inequality in justice stands out even further when one side, the politically Right, feels threatened into silence. What happens when 50% of society is silenced? See below that only the political Left feels comfortable sharing their political opinions in the chart below, and learn more here.

We have heard a lot about how our “democracy is under threat.” Though they should be saying “Republic” and not “democracy,” what better way to threaten democracy than to apply unequal justice? It merely further divides the nation. Many believe, and rightly so that there will be a heavy price to pay if the country can not agree on what equal justice should be.

This post being a Sunday Thoughts, one wonders if there are any Biblical warnings when a society, or at least 50% of society, believes there is injustice under the law. Consider the following, but there is more here.

Proverbs 11:1: A false balance is an abomination to the Lord, but a just weight is his delight.

Proverbs 22:8: Whoever sows injustice will reap calamity, and the rod of his fury will fail.

2 Timothy 4:14: Alexander the coppersmith did me great harm; the Lord will repay him according to his deeds.

Newton’s third law states that for every action (force) in nature, there is an equal and opposite reaction. Many people believe that this is true in society as well. The above texts seem to imply this principle too. This leads us to believe the injustices we see today will have an equal price to pay one day in the future.

A warning to America for sure.

Please give us your thoughts in the comment section below on whether there will be a price to be paid for injustices in society today.