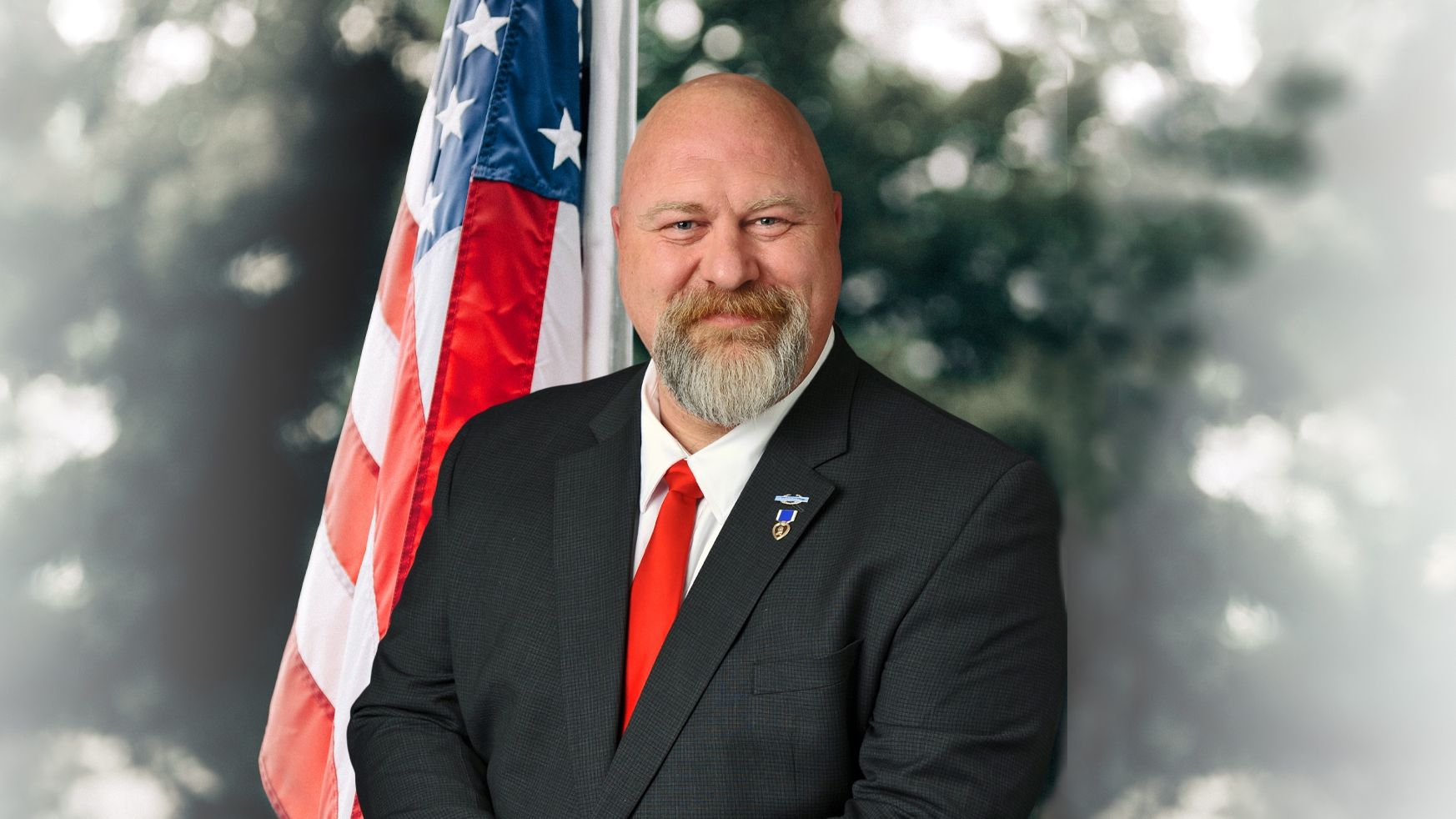 Pro-trump America First Combat Veteran Who Won’t Back Down

Decorated combat veteran. Retired police officer. Business entrepreneur. Teddy Daniels has spent his career serving community and country, and now he’s running to be your voice in the halls of Congress.

Career politicians in Congress have sold out our values and threaten our god-given rights. Elect a combat veteran who will drain the swamp and never back down.

I will fight hard to ensure our elections are secure and safe. I will fight for election integrity and will call out corrupt elected officials who don’t do their jobs properly. I will leverage my contacts and influence to ensure Pennsylvania audits the vote and catches the election fraud criminals every step of the way.

President Biden and the Democrats in Congress spend all of their time taking about radical left-wing policies and do nothing about the important issues facing every day folks. I was proud to fight for President Trump, who kept his promises and made America safer and richer.

I believe in putting America first. l have seen first-hand the horrors of war. And I know that the only way to prevent war is to hold a position of strength and make sure that our military has every resource it needs to defeat the threats facing America.

Bad laws have created a magnet for illegal immigration and human trafficking across our southern border. I will fight to complete the border wall, hire more immigration judges, and strengthen Customs and Border Patrol and ICE so we can restore control over our borders.

Democrat lawmakers want to allow abortions up to the moment of birth. Some, including in New York, Virginia, and other states want to allow the murder of a living newborn if she or he is deemed “unwanted.” As a proud father, I will never stop fighting to protect the life of the unborn.

Our Founding Fathers never intended for there to be career politicians.  They were to serve several terms then return home to their communities and districts. This is why I will fight for term limits for members of congress to be three, 2 year terms.

Protecting America and our allies is a core congressional responsibility inscribed in the Constitution. We must keep an eye to the future and ensure that our country can tackle developing threats and challenges yet to come.

Teddy Daniels was born and raised in Pennsylvania to a blue collar family. Teddy’s father was brick and stone mason and his mother worked at textile factory. Teddy attributes his work ethic to his blue collar upbringing.

As a younger man, Teddy was a stellar athlete. He played baseball, was a champion powerlifter, ran track and was an All-State football player. He attended and graduated from the prestigious Valley Forge Military Academy.  Teddy was selected to represent Pennsylvania in the Prestigious Big 33 Football classic which is known as the Super Bowl of High School Football. He then attended West Virginia University on a full athletic scholarship where he was a starting guard for the Nationally Ranked WVU Mountaineer Football Team.

After College, Teddy had a distinguished career as a police officer.  He worked in every aspect of Law Enforcement and was instrumental in community initiatives. Teddy was awarded the accolade of Law Enforcement Officer of the Year in 2002.

After a successful law enforcement career, Ted enlisted active duty into the United States Army Infantry. Deployed to Afghanistan, Teddy was wounded during a firefight with the Taliban in 2012. Teddy is a highly decorated Combat veteran and his commendations include the Purple Heart and Combat Infantry Badge.

While recovering from his injuries at Ft. Carson Colorado, Teddy saw a need for a highly trained and capable force in dealing with the legal marijuana industry.  Teddy founded a security/transport and consulting firm and was the first in the industry to specialize and cater specifically to the legal cannabis market.  Teddy was trailblazing in his services and took his company public in just over 8 months. He has worked tirelessly with politicians and government entities across the country to enact mandates to keep the industry safe.

Teddy now spends his time with his family and as a Wounded Combat Veteran he volunteers and supports other veteran’s organizations. Teddy is a member of the American Legion, Veterans of Foreign Wars, The Combat Vets MC and the Military Order of the Purple Heart.

In addition to his own campaign for Congress, Teddy served the Trump campaign as the Northeast U.S. Director of Vets for Trump.