Why is it that when we see a headline like – Florida Teen Loses Arm To Alligator – we have to know what happened? I am definitely not into blood and guts, but I am drawn to these types of stories.

I have given this much thought, and I’ve come to the conclusion that I am fascinated by the adversity of others, but not for the reasons you might think. It is because I can watch, from a safe distance, how other people handle situations that I pray “never happen to me”.

When I watch something on the news or read about it in the newspaper, it is far enough removed that I separate myself and feel the pain of the situation in a more cerebral, less emotional way. By experiencing the adversity vicariously and by watching how others handle the situation, I feel that I am somehow building my own courage in case something similar happens in my life.

Building courage is important, but more important is using that courage to actually prepare for possible adverse situations in life.

My first experience with the reality of how we deal with adversity up close and personal came when my husband had a massive CVA (Cerebral Vascular Accident) often called a stroke, when he was only 47 years old. Three weeks earlier he had swam from Alcatraz Island to San Francisco, California. One day he was tall, dark and handsome, in mint condition, president of a major corporation, had his commercial pilots license and loved to fly. The next day he was paralyzed on the left side of his body, had lost all peripheral vision, lost his career, his ability too fly, and his self worth. Very scary stuff.

In these types of situations we all plan to depend on family and friends. The reactions of my husbands friends, corporate leaders, doctors and lawyers, most  or them master swimmers, when they came to visit my husband in the hospital, was not what I expected. I watched as they avoided eye contact with my husband and with me. You could see them thinking, “Wow, this could happen to me.” You could tell that they were unwilling to acknowledge the situation, as if this would protect them from a similar fate. It was too close to home, this was their friend and the connection was too raw. Having a stroke or becoming disabled is something no one wants to talk about even after it happens. My family came to help. but they did not live in the same state. We tried to sell our home and move closer to family, but we could not sell. After a short span of time, I was on my own.

My husband and I bought disability insurance, but we never discussed actually having to use it. We were a young family and none of this even entered our thoughts. We never discussed, or prepared for the possible situations that could arise. A few weeks after my husband had the CVA, my 12 year old daughter’s appendix ruptured and she got peritonitis and spent months in the same hospital her dad was in. It wasn’t just the peritonitis that made her sick, it was her father’s condition that really kept her in a state of emotional stress and impeded her healing. Her dad was everything to her. She missed her entire seventh grade year because of the peritonitis. My boys spent months alone, with my young teenage son in charge, as I lived in hospitals with my husband and our daughter. The bills mounted up and the emotional issues were overwhelming. Within a few years our family fell apart. The ripple effects of the stroke went much deeper and wider than anyone would have imagined, and we were not prepared for it. We did get counseling after the fact, both as a family and as individuals, but by this time it was not enough, we were already drowning.

Had we discussed a disability situation ahead of time and had a plan, I know it would have made a difference. I needed to take control of the family assets and make wise decisions, which I was not prepared to do. I didn’t have a good understanding of how our disability insurance worked, or about our health insurance benefits, and I knew nothing about our retirement benefits. Had I taken the time before hand to understand these things, I could have avoided many of the pitfalls I easily fell into.  This cost us dearly. I should have had a a relationship with our attorney, our financial adviser, our tax person and our bank, all of whom my husband worked with, not me. I was also not prepared to handle the emotional issues my husband had when his life appeared to be over. I did not want to have to control his actions legally, as I felt it would hurt him even more.

Had we prepared for this adversity a head of time, discussed it as a family, had I known what I needed to know and had we had a plan, I know that things would have turned out differently. I think our family would have survived intact.

Another awful situation we encountered ended happily because I had learned what to do, and I was prepared to do it. When my youngest son was about a year old. We went to a craft fair at our local convention center. My two youngest children were only fifteen months apart and we had one of those huge double strollers. My husband was carrying my daughter and walking with my older son. I was pushing the stroller with only my youngest in it. He wanted out, but I couldn’t hold him and push the stroller, so I stopped in front of a magician in the isle and let my son stand between me and the stroller, holding on to my pant leg while we watched the magician. The magician was doing a card trick and he asked me to choose a card. I bent forward to take a card and my son’s hand dropped from my leg. I looked down and my son was gone. The isle was crowded and I could not see him anywhere. I did not stand around and yell, I did not panic, I went straight for the front door and had Security use their walkie talkies to close down all the exits from the building. We found my son sitting on the floor at the opposite end of the building, where he had been left by the kidnapper, who could not get him out of the locked doors. I did what I was suppose to do, it worked, and prevented the kidnapping. You didn’t have to read about us in the newspaper.

Adversity is part of life and we cannot close our eyes and pretend that bad things only happen to other people. We can learn from the adversity of others, from newspaper articles or from watching the news, but we must go one step further and prepare ourselves for adversity. It is better to have a fire escape plan in case of fire. 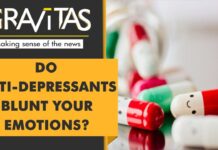 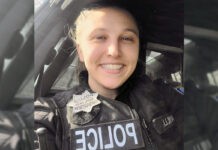