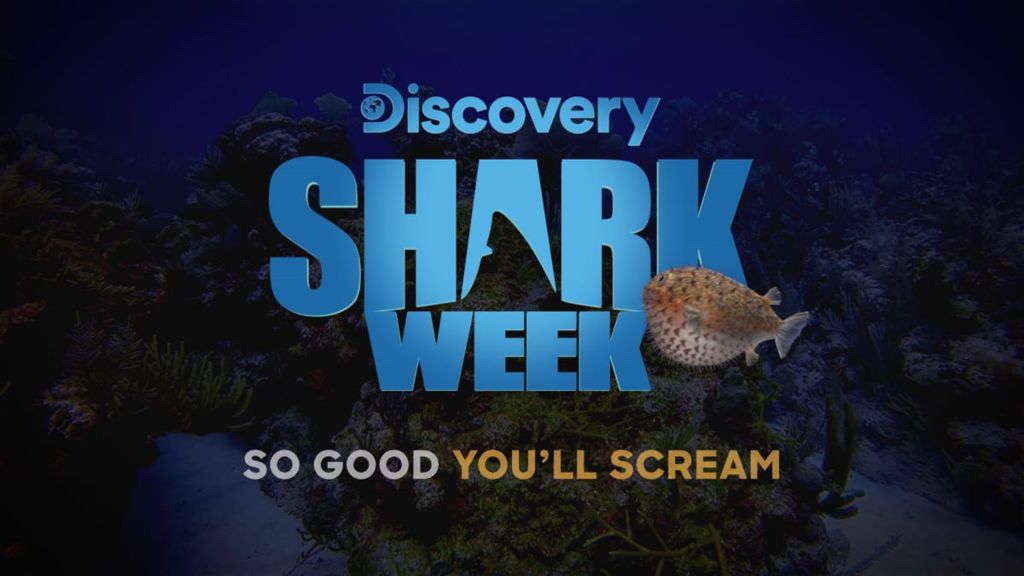 Shark Week is an annual, week-long TV programming block created by Tom Golden at the Discovery Channel, which features shark-based programming. Shark Week originally premiered on July 17, 1988. Featured annually, in July or early August, it was originally devoted to conservation efforts and correcting misconceptions about sharks. Over time, it grew in popularity and became a hit on the Discovery Channel. Since 2010, it has been the longest-running cable television programming event in history. Broadcast in over 72 countries, Shark Week is promoted heavily via social networks like Facebook and Twitter. Episodes are also available for purchase on services like Google Play Movies & TV/YouTube, Amazon Video, and iTunes. Some episodes are free on subscription-based Hulu.

Shark Week, television’s longest-running, and most anticipated summer event returns with bigger sharks and bigger bites on Sunday, July 28, 2019 and continues through Sunday, August 4, 2019. With more than 20 hours of shark programming throughout the week, Shark Week 2019’s fincredible lineup will deliver all-new groundbreaking shark stories revealing remarkable insights into the mysterious world of these magnificent creatures.

This year, the pop culture phenomenon takes viewers on the ultimate Shark Trip as actor, comedian and retired Marine Rob Riggle packs his bags and dives back into the water for a shark-filled adventure with some of his celebrity friends in “Shark Trip: Eat. Prey. Chum.”

Take a ride around the world as nearly two dozen of the world’s most respected marine biologists and science institutions take on the most daring shark experiments ever attempted in search of compelling insight into the mysterious world of sharks.

SHARK WEEK is back making a huge splash with all-new compelling and jaw-dropping shark stories and shark technology. Working with the most respected marine biologists and science institutions, SHARK WEEK will highlight some of the most recent breakthroughs and developments to reveal remarkable new insights into these magnificent creatures.

The Most Wonderful Week of the Year, Shark Week braves the waters from Florida to Taiwan to find the largest, fastest and most unique sharks in existence. American and Cuban scientists come together for the first time to search for Great Whites in an unexplored area of the world, and researchers try to explain the clocklike precision of repeated shark attacks on a single beach.

Discovery’s annual event is bigger than ever! Dive deep into the mystery of the zombie sharks’ in New Zealand, go up close and personal with the dangerous Tiger Sharks lurking below the surface in idyllic Hawaii, explore the Great Whites off the coast of Australia, and learn why Florida’s coast could be the scariest place for summertime beachgoers.

From oceans to rivers, salt water to fresh, sharks move silently through the waters around us. Filled with new destinations and new technologies, SHARK WEEK profiles the heart-pounding, real stories of shark attack survivors, looks at the trend of sharks moving from coasts to rivers to our own backyards, and further explores the prehistoric Megalodon, Voodoo Sharks, and more.