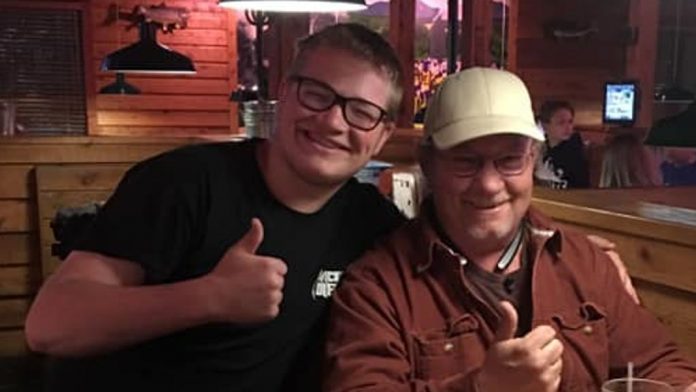 Cohen Naulty is a server at a restaurant and he is usually the last to get his tips which are usual in change like quarters. He uses this change to eat out. One day he took a few friends out to lunch and paid for all of their meals with quarter tips. After he paid for the meals and left a great tip, he was blasted on FaceBook by the restaurant for paying in quarters.

Beer 88 stated on Facebook, We’ll just caption this…. “How NOT to pay at a restaurant”, cause that the nicest thing we can think to say about this ridiculousness.‘ We Are Beer 88, Not CoinStar,’ posted the restaurant. They were ticked off because they were paid in coins, but they did admit they were left a hefty tip.

That was not a good day for Cohen Naulty, but it made him realize that he loves paying for people’s meals, even if he has to scrape together his last quarters to do so. He shared on Facebook that he knows that “everyone has bad days now and then and that a bad day can make you see the world in a very dark and depressing way. But, one little act of kindness can change a person’s entire prospective about their life”. He goes on to say that he “loves picking up the tab for others and seeing what it does for them”.

After the shaming on Facebook, Cohen Naulty decided that he would find restaurants that didn’t mind if they were paid in quarters and that he would treat a patron a week, “just to see what this simple act of kindness could do for them”!

Cohen went on to create and post videos so that we can all see just “how big a change just a little ‘change’ can make”.

If you are a restaurant that wouldn’t mind a register filled with quarters at the end of the night and the special treat for one of your patrons now and then, please post on Cohen Naulty’s The Quarter Boy Facebook page so he knows its okay to come by your restaurant without offending.

A Facebook fundraising page, Turning a bad day around one meal at a time! has been created so we can all get involved!!!