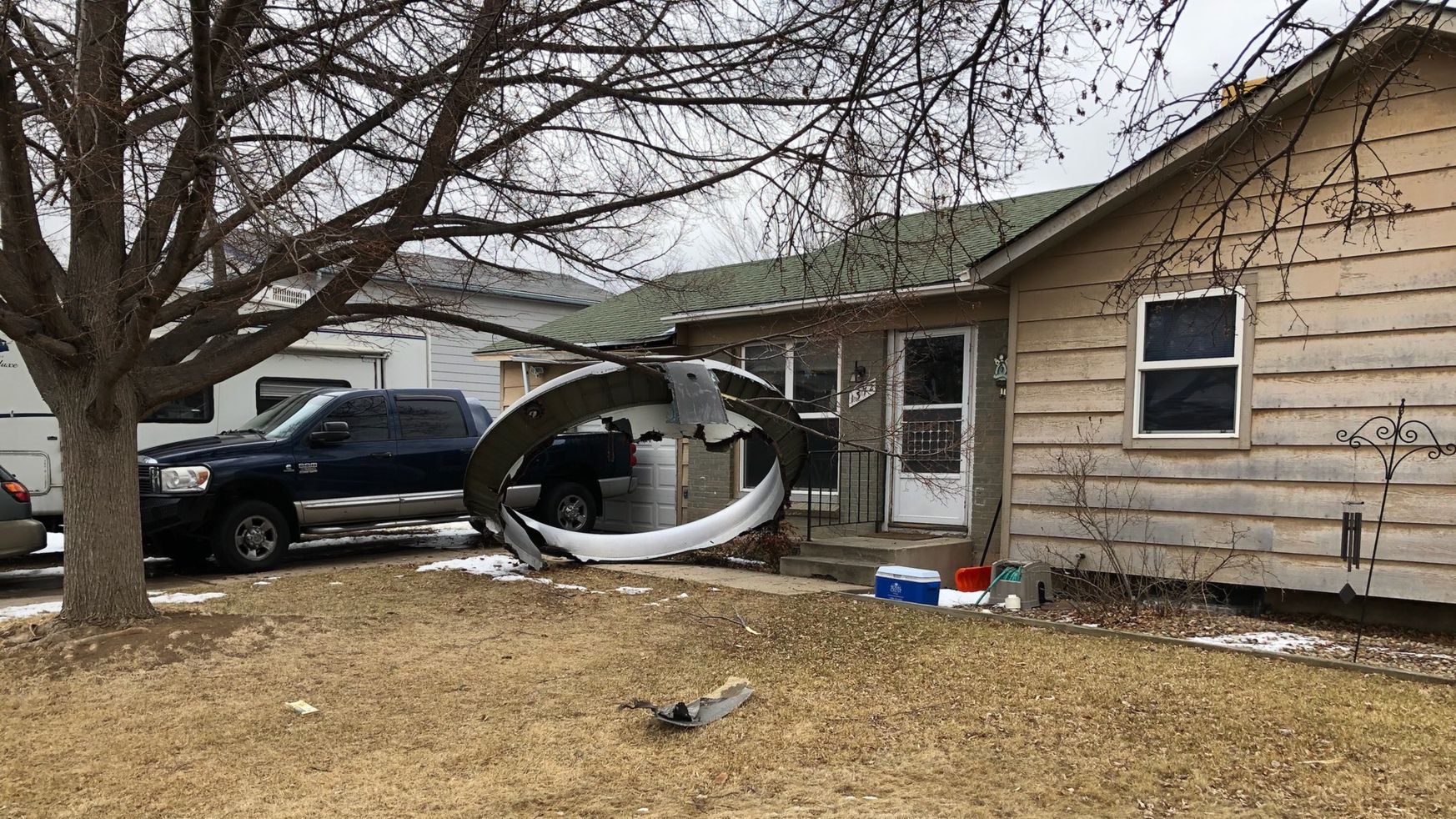 “May Day, May Day,” can be heard in an audio file of the mayday call by the pilot of United Airlines Flight 328 when the aircraft experienced engine failure shortly after takeoff from Denver International Airport on Saturday, February 20, 2021.

The United Boeing 777 was on its way to Honolulu from Denver with 231 passengers and 10 crew onboard. The right engine of the plane failed and then erupted in flames. The plane lost altitude and dropped huge pieces of the engine casing and chunks of fiberglass onto the neighborhoods of Commons Park and in the Northmoor and Red Leaf neighborhoods of Broomfield, which is about 20 miles north of downtown Denver. No one on the ground was injured. The plane was able to land safely back at the Denver International Airport with no injuries reported.

Flight 328 @united engine caught fire. my parents are on this flight 🙃🙃 everyone’s okay though! pic.twitter.com/cBt82nIkqb

This photo was taken near 13th and Elmwood. Media stage in Commons Park on North side near dog park. PIO eta is 30 mins. pic.twitter.com/vfXlToB5mE

I [Tyler Thal] saw an explosion on this low flying aircraft over @broomfield about 45 minutes ago. Debris fell from the plane and left a black cloud of smoke. The plane continued on. Any new on if this plane landed safely? @BroomfieldPD @NMFirePIO @9NEWS @KyleClark

Thanks for sharing this video with us. https://t.co/vBRGJ7NsrC

Robert Mark on the potential cause of the engine blow out on United Flight 328.