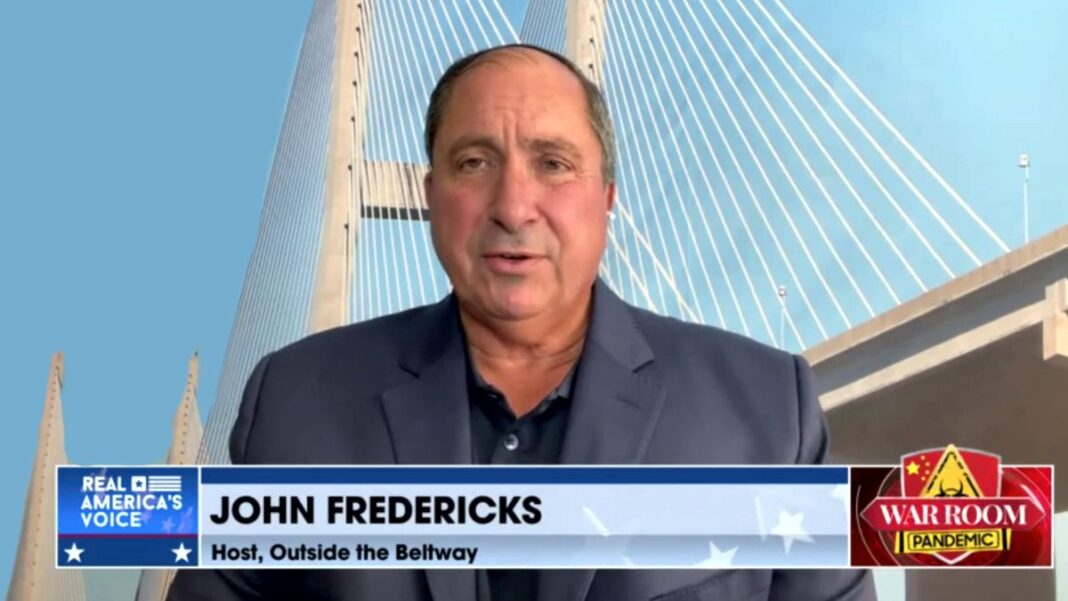 John Fredericks, political activist and host of “Outside the Beltway,” talks to Steve Bannon about the importance of the governor’s race in Virginia.

“Right now if you win Virginia, you win the nation. It’s going to send a message not just nationally, but internationally. If Glenn Youngkin and that ticket [win] and they take the House of Delegates in Virginia, it is the precursor of an annihilation of mammoth proportions in the midterms. It stops thre Biden agenda in its tracks.”

Fredericks once again hammered home the importance of MAGA voters and the War Room posse voting in Virginia, and voting early. “No. 1, if you vote early, they can’t steal your vote. You can’t go in on game day and they say, oh, somebody else has your ballot, you’re a provisional ballot. You know where that goes? Trash! No. 2, if you vote early the Youngkin campaign and the Republicans are not chasing you down to vote. They can go after someone else and save resources.”