Yellowstone officials claim a “thousand-year event” of extreme flooding as more than 10,000 visitors were ordered out of the nation’s oldest national park. The dramatic turn of natural events may forever alter Yellowstone’s terrain, along with that of surrounding communities.

Above-average rainfall, combined with sudden temperature spikes and a rapid melting of snow in the park’s higher elevations, caused the floods this week.

“Severe flooding due to unprecedented heavy rain on snow is forcing the closure and evacuation of Yellowstone National Park. Mudslides, rockslides and flooding are wiping out roads and bridges across the region,” said U.S. Stormwatch in a tweet.

“More than 10,000 visitors were ordered out of Yellowstone as unprecedented flooding tore through the northern half of the nation’s oldest national park, washing out bridges and roads and sweeping an employee bunkhouse miles downstream,” the Associated Press reported in a tweet.

“This isn’t my words, but I’ve heard this is a thousand-year event,” Yellowstone Superintendent Cam Sholly said in a press call Tuesday evening. “From what I understand, one of the highest cubic feet per second (CFS) ratings for the Yellowstone River recorded in the ‘90s was at 31,000 CFS, and Sunday night we were at 51,000 CFS.” Sholly noted that flooding events seem to be happening “more and more frequently.”

“With rapid snowmelt and recent heavy rains, communities in south-central Montana are experiencing severe flooding that is destroying homes, washing away roads and bridges, and leaving Montanans without power and water services,” Montana governor Greg Gianforte said as he declared a statewide disaster Tuesday. “Today’s disaster declaration will help impacted communities get back on their feet as soon as possible, and I have asked state agencies to bring their resources to bear in support of these communities.”

The northern portion of the park is likely to remain shut down for “a substantial length of time due to severely damaged, impacted infrastructure,” said a National Park Service news release, updated Tuesday evening. 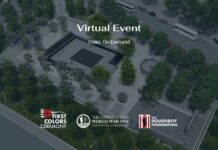