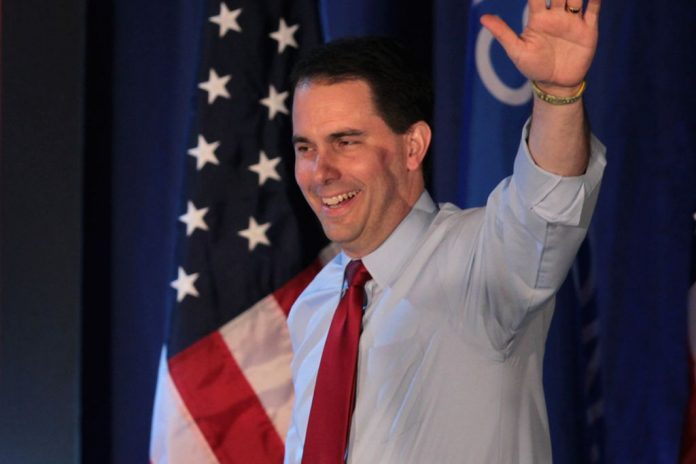 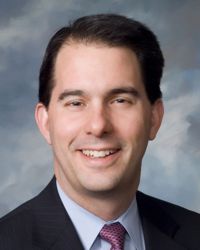 Scott Walker grew up in a small Wisconsin town called Delavan. The son of a pastor, Scott had the spirit of service instilled in him at an early age. He was involved in sports, band, church, and achieved the rank of Eagle Scout.

While in high school, Scott was selected to attend the American Legion’s Badger Boys State program. There, he was selected as one of two representatives to Boys Nation in Washington, D.C. Both of these programs teach young men that the American form of government is stronger and more vital in today’s world of struggle and change than ever before. The experience opened Scott’s eyes to public service.

In 1986, Scott moved to Milwaukee to attend Marquette University. While still in school, he worked for IBM before leaving school in his senior year to work full-time in development for the American Red Cross.

Scott was elected to the State Assembly in 1993. While there, he chaired several committees and authored important pieces of legislation that include: Truth-in-Sentencing, photo identification requirements to vote, and the elimination of the statute of limitations in sexual assault cases.

For eight years as County Executive, Scott faithfully kept his promise to spend taxpayer money as if it were his own. He cut the county’s debt by 30%, reduced the county workforce by more than 25%, and authored nine consecutive budgets without increasing the property tax levy from the previous year. Despite failing national and state economies, Milwaukee County recorded a budget surplus.

On January 3, 2011, Scott Walker was inaugurated as Wisconsin’s 45th Governor.

Since that day, he has proposed bold reforms that have eliminated the state’s $3.6 billion budget deficit without raising taxes and gave school districts and local governments the tools to balance their budgets without the massive layoffs seen in other states. To date, these profound changes are saving Wisconsin taxpayers over $765 million and counting.

Governor Scott Walker also remains committed to helping Wisconsin’s private sector create 250,000 jobs by 2015. In the annual survey of job creators, 88% said Wisconsin is headed in the right direction (vs 10% who said that in 2010).

Scott Walker is married to Tonette, and they have two sons in high school, Matt and Alex.